I’m sorry I don’t have anything big to say, haha. I just wanted to do a quick post about some stuff.

Firstly, I put $10 toward a preorder for New Leaf! I was wandering around the city after uni the other day, kind of out of it. I walked into EB Games and saw empty AC:NL boxes with stickers over them saying, “Town Hall Edition”. When I asked the staff what it meant, they told me their preorder was coming with a little figurine of Isabelle and the town hall, which I thought was awesome since I love figurines and I love buildings, so I put down my preorder 😀

Here is a promotional picture of the two figures.
They’re not very big; the town hall is just a bit over 2″ (5.5cm) long. 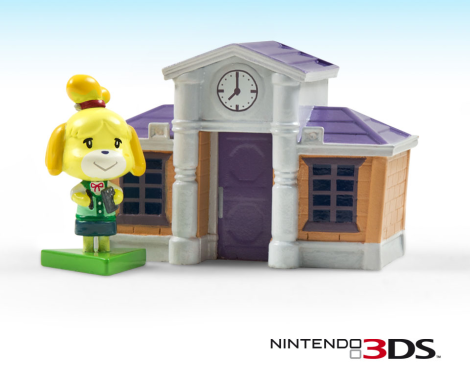 Btw, how many hours are on that clock?

Speaking of figurines, I’m also waiting for a different figure to be released:
(This is NOT the preorder bonus figure.) 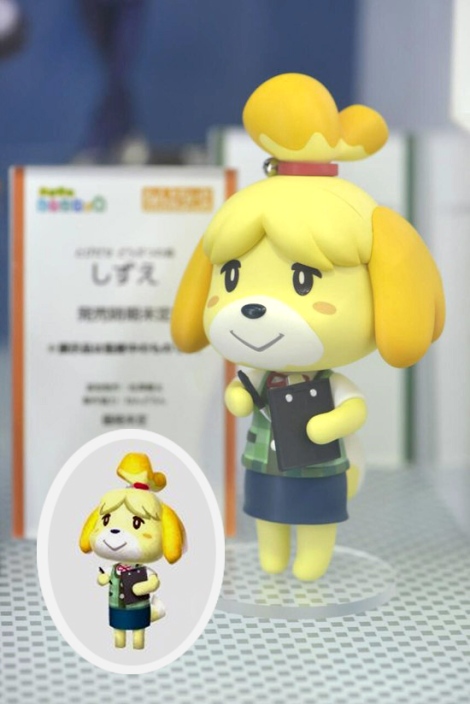 It is from a brand of figurines in Japan called Nendoroids, which are exaggeratedly cute ‘chibi’ figurines of characters from a variety of animes, Japanese popular culture, games and the occasional Western persona. The wonderful thing about the Nendoroid for New Leaf‘s Isabelle, though, is the fact that they didn’t try to force their super-cute aesthetic onto the figure, and kept faithfully to Isabelle’s original design. The proportions of Nendoroid figurines also match those of Animal Crossing characters perfectly! I really hope they make Nendoroids for more characters, but I get the feeling this is a one-off.

To give you an idea of how Nendoroids usually look, here is a set for my other favourite game series, Tales Of:

Nendoroids are also posable and usually come with extra parts to allow for different actions and facial expressions. Isabelle also has a simple neutral pose: 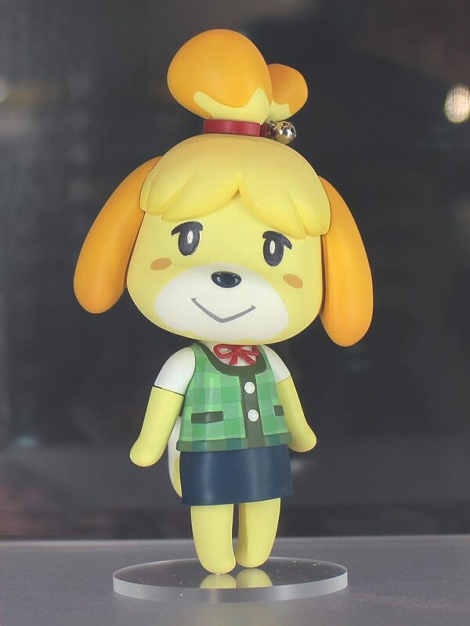 So there you have it. I don’t consider myself a figurine fanatic (but I may have just contradicted that in this post?), but I’ve always liked figurines of things since I was little. I know they’re just about the most useless thing you can own, but there’s something nice about being able to touch and hold these real-life versions of otherwise imaginary or non-existent things from other worlds 🙂

EDIT 18/5/13: The preorder and official pics of Isabelle’s Nendoroid went up last week, so I got one preordered via Amiami ^_^ 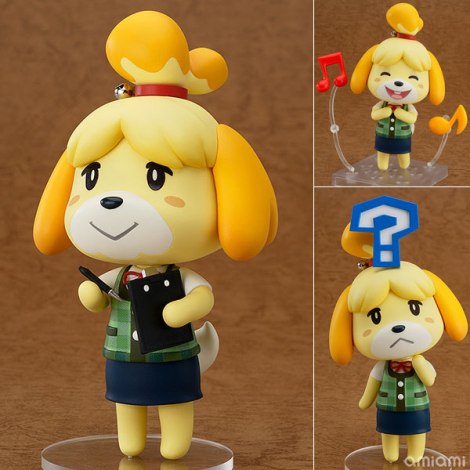 She comes with those accessories, and apparently the bell is “real”. Even though I’ve waited 3 months to preorder her, it’s another 5 months until she’s actually released in October x_x This is normal for Japanese figurines, though, and the company who makes Nendoroids usually only keep their preorder window open for about a month, despite the final release of the figurine being months away.

This is the last thing, I promise!
Basically I’m super hyped because I may or may not be getting a particular past issue of the Japanese magazine called Nintendo Dream. It’s the February 2013 issue and has a big Animal Crossing feature, but the only, single reason I wanted it was because it has an AWESOME page-spread that looks something like this: 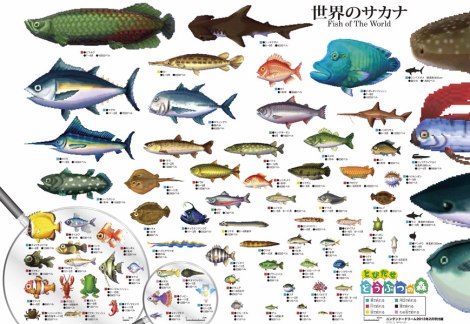 The magazine also has a similar spread for the bugs. I just love how it looks like a real fish poster, reflecting all the relative sizes of the species.

I’ve had that picture saved in my computer for a while, always wishing I could find a larger resolution of it and the bugs counterpart. I knew it was from a magazine, but… a past issue of a magazine from another country? No-one could expect to be able to get a hold of that.

But then recently, I’ve discovered the joys of using deputy shopping services to purchase stuff from Japan that otherwise doesn’t ship overseas. While browsing the compatible stores, I found this 2nd-hand copy of that exact issue for 580yen! 😀 (That’s like ~$6, though with deputy service fees it will be somewhat dearer.) There weren’t even other issues of the magazine; the only copy for sale was this issue! 😯

So now 2 things need to happen for me to unite with those loverly page-spreads:
1. The deputy service needs to have ordered it successfully.
(There was only 1 copy and I ordered it as part of a larger order, so they don’t notify me if individual items were not available 😦 )
2. The previous owner needs to have not ripped the page-spread out, LOL.

Sooo… wish me luck? 😛  If I get it I’m definitely making a bigger scan of it and sharing it here x3 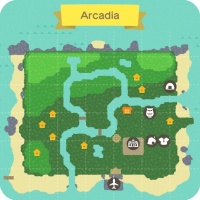